After Jesus was born in Bethlehem in Judea, during the time of King Herod, Magi from the east came to Jerusalem and asked, 'Where is the one who has been born king of the Jews? We saw his star in the east and have come to worship him.

Wise Men came to look for Him, probably from an area which is now in either Iraq, Iran, Saudi Arabia the Yemen, or an area in what's now southern Turkey, northern Syria. Although they are often called the 'Three Kings', the Bible does not say how many there were, or that they were kings. One theory is that they might have been Kings of the Yemen, as during this time the Kings of Yemen were Jews.

When King Herod heard this he was disturbed, and all Jerusalem with him. When he had called together all the people's chief priests and teachers of the law, he asked them where the Christ was to be born. 'In Bethlehem in Judea,' they replied, 'for this is what the prophet has written: "But you, Bethlehem, in the land of Judah, are by no means least among the rulers of Judah; for out of you will come a ruler who will be the shepherd of my people Israel." Then Herod called the Magi secretly and found out from them the exact time the star had appeared. He sent them to Bethlehem and said, 'Go and make a careful search for the child. As soon as you find him, report to me, so that I too may go and worship him.' 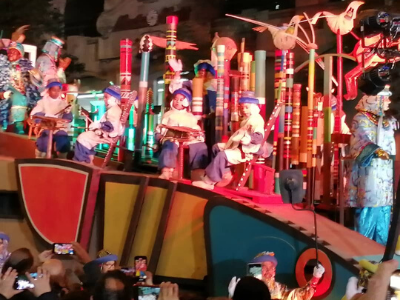 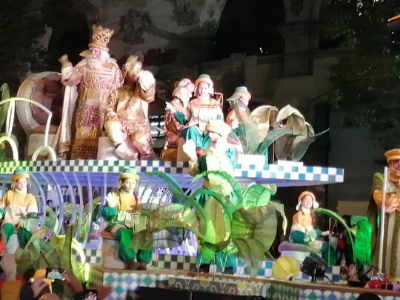 After they had heard the king, they went on their way, and the star they had seen in the east went ahead of them until it stopped over the place where the child was. When they saw the star, they were overjoyed.

On coming to the house, they saw the child with his mother Mary, and they bowed down and worshiped him. Then they opened their treasures and presented him with gifts of gold and of incense and of myrrh. And having been warned in a dream not to go back to Herod, they returned to their country by another route.

They were certainly men of great learning. The word Magi comes from the greek word 'magos' (where the english word 'magic' comes from). Magos itself comes from the old persian word 'Magupati'. This was the title given to priests in a sect of the ancient Persian religions such as Zoroastrianism.

Today we'd called them astrologers. Back then astronomy and astrology were part of the same overall studies (and 'science') and went hand in hand with each other. The magi would have followed the patterns of the stars religiously. They would have also probably been very rich and held high esteem in their own society and by people who weren't from their country or religion.

They had seen an unusual new star in the sky, and knew that it told of the birth of a special king in Israel. No one really knows what the new star in the sky was, and there are many theories including comets, supernovas, a conjunctions of planets or something supernatural! The Magi would have known about the prophesies of a special Jewish Savior (also known as the Messiah) from when the Jews had been held captive in ancient Babylon several hundred years before.

The gifts seem quite strange to give to a baby, but Christians believe that they had the following meanings:

THE THREE WISE KINGS PARADE in Barcelona is a great and familiar performance that everybody enjoy, every year this event is very important. We invite you join and enjoy with us.